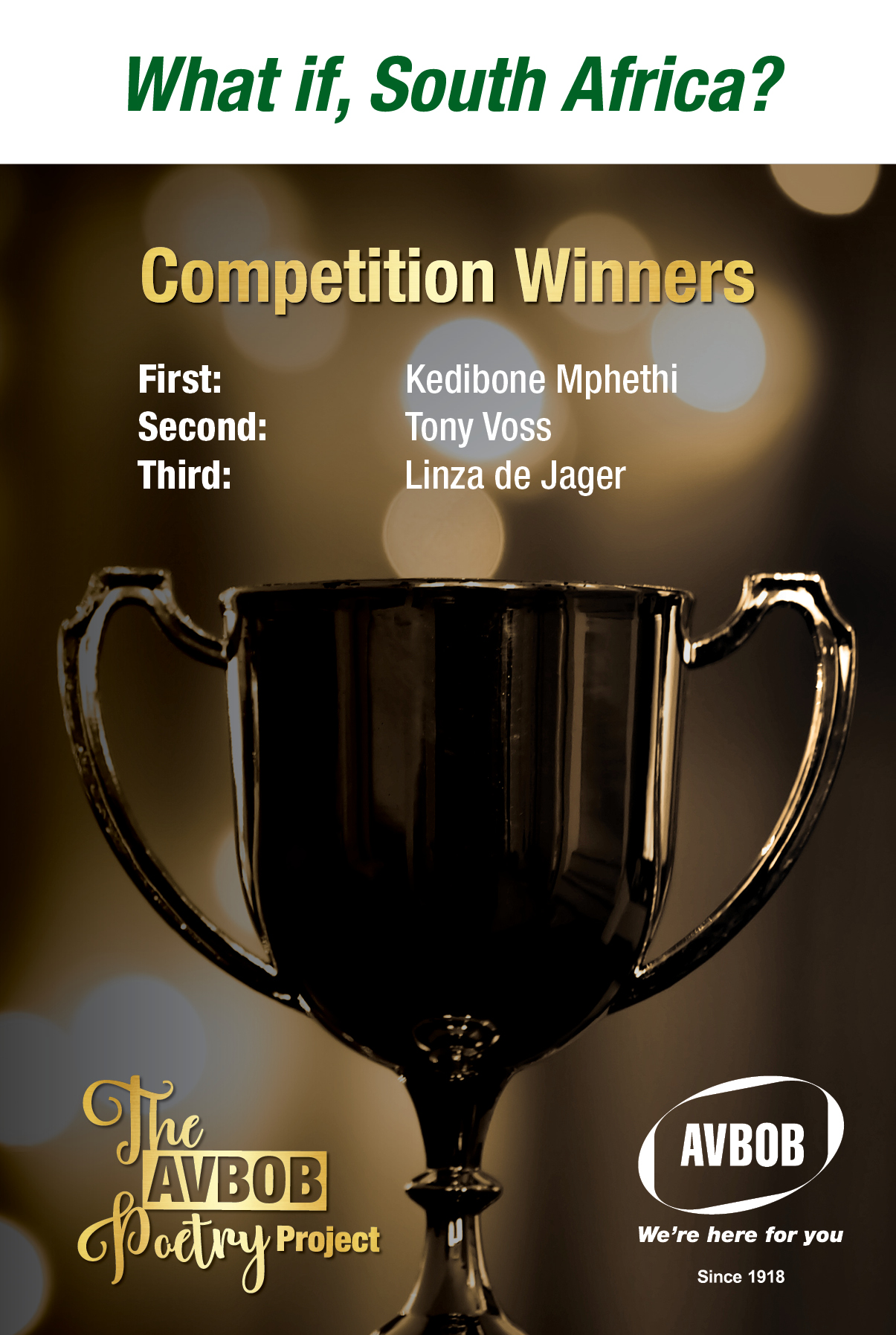 Press Release | What if… this were only the beginning, South Africa?
Mon, 29 April 2019


What if hope and renewal lay beyond 8 May? What if, amid the doubt and uncertainty, South Africans approached the ballot box with hope? What if that day marked the end of all the challenges we face as a nation? What if we were given a second chance at a new beginning… what if we were just getting started?

With over 100 years of weathering the ever-changing South African socio-political landscape, AVBOB is perfectly positioned to provide a positive alternative to the despair that seems to have taken hold of our nation. AVBOB saw an opportunity to facilitate a shift in mindset – at a time when we need it most. With South Africans facing a challenging election year, AVBOB invited the country to dare to dream.

As an undertaker and funeral insurance provider, AVBOB deals in death daily, but the mutual society sees itself as a bringer of hope. And it is this hope that AVBOB wanted to communicate to all South Africans, by drawing on the abundant talent of the  more than 11 000 South Africans who’ve crafted messages of comfort on www.avbobpoetry.co.za – we’re a nation of wordsmiths with the power to uplift each other! AVBOB thus launched a timely new campaign, through a poetry competition, to elicit hope and inspire our nation. From 1 to 31 March 2019, under the banner ‘What if, South Africa?’, AVBOB challenged creatives to enter a single, 100-word English poem that offers a re-imagining of our collective future.

As the deadline drew near, the number of entries confirmed the value of the competition – and substantial cash prizes were on offer to the authors of the top three poems. Moreover, the winning poem has been produced as a radio commercial and a YouTube video flighting from 2 May. The judging panel remarked on the common theme that threaded through the entries. Despite our diversity, we are unified in our desire to build a strong country and live together in harmony.

The judges have announced the three poems that best succeeded in answering AVBOB’s call to action. Kedibone Mphethi scooped first prize with her untitled entry. Tony Voss took second place with his poem If only…and third prize was awarded to Linza de Jager’s Marvels at the Taxi Rank.

The awards ceremony is planned for July and promises to be a hope-filled event and an opportunity to share meaningful and motivational messages at a time in our history when we need these most.

About the winning poets

An insatiable writer, Kedibone hails from Orlando West, Soweto. As a young girl, her writing took root in her diary, which evolved into a journal and later flourished on stage. Inspired by the AVBOB Poetry Competition, Kedibone was presented with an opportunity to share what she believes to be the secret to happiness – perspective: “AVBOB gave me the chance to say no matter what happens, the difference is how we look at it.”

Lecturer, composer and poet, Tony was born in Swakopmund, Namibia, but pursued his love of English literature on South African soil at various universities. A published poet, Tony and his friend Neil Jardine composed the Des and Dawn Lindberg song Sixteen Rietfonteins. His first volume, The Mushroom Summer of Skipper Darling will be published by Crane River Press later this year. Tony expressed his gratitude for AVBOB’s poetry initiatives, remarking on how they are a reminder that our imaginations can serve us through all the seasons of life.

Self-proclaimed vagabond, Linza found herself drawn to the competition like a magnet. Following the recent death of her father, writing has taken on a therapeutic release for her. “I started writing poetry for the annual AVBOB poetry competition, and later on I also started to write stories for magazines.” Linza has also authored The Invisible Adventures of Max Pepper children’s book series published by Anna Emm Children's Stories. She lives in Hermanus where she pursues her writing and painting interests.

I heard them say
In your human experience, reach for the humane,
even in these times, we live.

They said, what if,
we were not being buried, but planted, rooted
as seeds that would stem, branch out and blossom into trees.

We have a story to tell about a ‘winter that came’ and with it
a pressure that made us diamonds.

I heard them say
our breakthrough, however, was always in dancing in the rain.
Into the soil went the water; from it a nation became better.

They said.
What if, South Africa,
we are just getting started?

’n Vriend in any language
Is everywhere a friend
Find igama wamuntu
For the messages you send.

The language of the school
Goes straight to my head:
The language I was born in,
Finds my heart instead.

Marvels at the Taxi Rank

Some days there’s so much hope in the air
that one can hear it sizzle like a sausage
it was like that on Saturday
which was pay day
and hot and hazy
and people were lazy
and ambled like holy cows
ogling the wares:
the man who sells ‘fabulous free-range eggs’
and the beauties in burqas
and the Pyramid of Plastic
and the ‘sizzling hot sausage’ sold by members of the Racing Pigeon Club
(grown men who serve birds!)
and it might sound ordinary but it felt extraordinary
there at the local taxi rank

Now in its third year, the AVBOB Poetry Competition, which is the centrepiece of the AVBOB Poetry Project, has secured a vast resource of over 11 000 poets and more than 50 000 poems in all 11 official languages. AVBOB is determined to offer South Africans another opportunity to articulate both the brevity and wonder of life, and to offer upliftment to those who have experienced loss. For more information and competition rules, visit www.avbobpoetry.co.za.