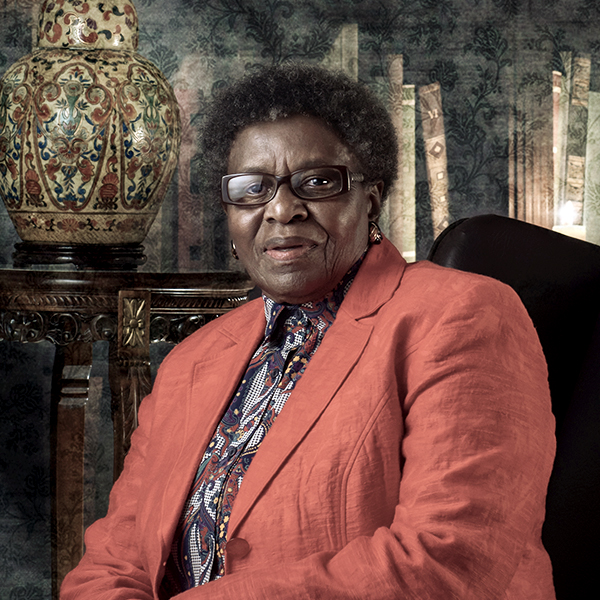 Prof Nxalati Charlotte Priscilla Golele received her tertiary education at the Universities of the North and South Africa. She was appointed Assistant in the Department of Xitsonga at the University of the North in 1968 and served the institution for 34 years. She headed the Department of Xitsonga where she spearheaded the teaching of Xitsonga through the medium of the language itself instead of English. She served as Deputy Dean of the Faculty of Arts and Acting Principal and Vice Chancellor. She headed the Xitsonga National Lexicography Unit where she was editor-in-Chief between 2002 and 2005, and the Xitsonga National Language and Research and Development Centre between 2005 and 2008. She is dedicated to the development of African languages and elevation of their status. One of the opportunities to fulfill this desire was when she became the founding chairperson of the Pan South African Language Board and served two terms between 1996 and 2007. She has, and still is contributing to the development of Xitsonga literature by evaluating manuscripts for a number of publishing houses, compiling and editing anthologies and translating literary works from English to Xitsonga; and is still assisting universities with the evaluation of academic and other material.