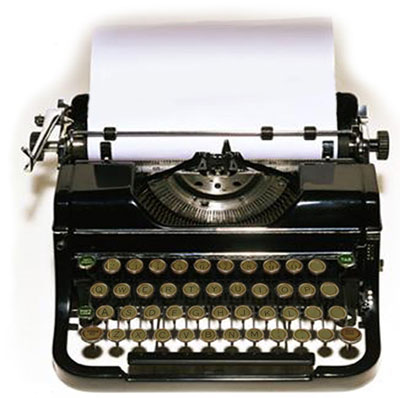 
Write something … reach someone: over 20 000 poems submitted with words of hope and healing in the AVBOB Poetry Competition.

The AVBOB Poetry Competition is finally closed for entry.

At the onset of the AVBOB Poetry Project, we could never have anticipated the astounding response to the competition: 20 774 poems, in all 11 official languages, bravely submitted for appraisal by 6 060 poets across South Africa. Of these, 3 108 were accepted for publication by the editors on the AVBOB Poetry microsite, and poets were awarded R300 per published poem for usage rights.

The competition attracted entries from all nine provinces, but Gauteng seems to be the poetic heartland of SA, with 41% of entries. The Western Cape and KZN followed behind with just under 20% of entries. Poets submitted powerful words of hope and redemption, loss and longing, love and consolation, in all 11 official languages, but English seems to be the lingua franca of poets, with over 50% of poems submitted in English. Afrikaans, isiZulu and isiXhosa also brought in substantial entries. The age range of the competition was remarkable: the youngest poet was just 10, and the oldest an inspiring 97. The youngest poet to be accepted for publication was just 16, and the eldest 84. And, on the final day of the competition, 878 poems were submitted, suggesting that the momentum around the competition was still gathering strength.

But it is the stories behind the statistics that are most compelling. Like the 12-year-old poet who poured out her emotions in the face of the loss of her father. Her poems were not accepted for publication, but the English editor of the competition, acclaimed poet Douglas Reid Skinner, took time out to craft a personal response to her, which became something of a master class in poetry.

He gently explained that, as this was an open competition, the bar was set quite high and the editors were looking for the best poems, irrespective of age, gender, race or social status. He then went on to explicate the craft of poetry for her, giving examples of breath-taking poems to illustrate each poetic point. It’s this level of care and engagement that marked every touchpoint of the competition.

AVBOB CEO Frik Rademan sees this as an embodiment of the AVBOB creed, and an expression of the care they afford their policyholders. Indeed, the inspiration for the competition came from people’s inability to express their loss in the face of bereavement. Says Mr Rademan, “One of the first things many people ask when they come to us, is if we can help them with the funeral letter.” And somehow poetry, with its unique ability to condense and capture emotion, and to articulate our innermost thoughts, is the perfect vehicle to express loss. Moreover, in Mr Rademan’s words, “Poetry belongs to us all; it is the property of the people.”

And the people responded in what can only be seen as a collective catharsis – an outpouring of emotion, through the medium of poetic language.

The AVBOB Poetry Facebook page was alive with the comments of aspirant poets: “It is really great to vent out for the first time on a platform that happens by chance to be strictly for poets. There are other poets out there waiting to let their pens and thumbs bleed for a moment – dead poets waiting to speak life into their hearts,” said Tumi. And others shared a similar gratitude for this platform: “AVBOB has granted us the rare opportunity of expressing ourselves in writing. With tons of thanks to AVBOB – the gesture has empowered us, the poets.”

The editors of the competition were equally moved by the experience. Many of them felt as if they had excavated the very soul of South Africa, and found hurt and heartache there, but, in equal measure, hope and redemption. Editor-in-chief and poet Johann de Lange says that, “Although the theme of the competition was mortality, it was in the category of hope that we received the most poems. And it is with a slow kind of joy that one realizes that, despite the difficulties our country and its people are experiencing right now, not everybody has given up hope.”

And this was precisely the aim of the AVBOB Poetry Competition. In the words of Mr Rademan, “Over the years, AVBOB has been a proud supporter of the arts in our country. We have always believed that the arts provide emotional and intellectual upliftment for all our people, and that it is a way to liberate them from the difficulties of daily life.”

With the closure now of the competition, the work remains to select the winners of the prestigious AVBOB Poetry Prize, one in each language category, and to compile the 100-poem print anthology that will be published in August 2018, in celebration of AVBOB’s centenary. But, ultimately, the AVBOB Poetry Competition has been a celebration of the people of South Africa, who bravely shared their inner hopes and dreams through the powerful medium of poetry.

Watch the press for details of the 2018 AVBOB Poetry Competition.