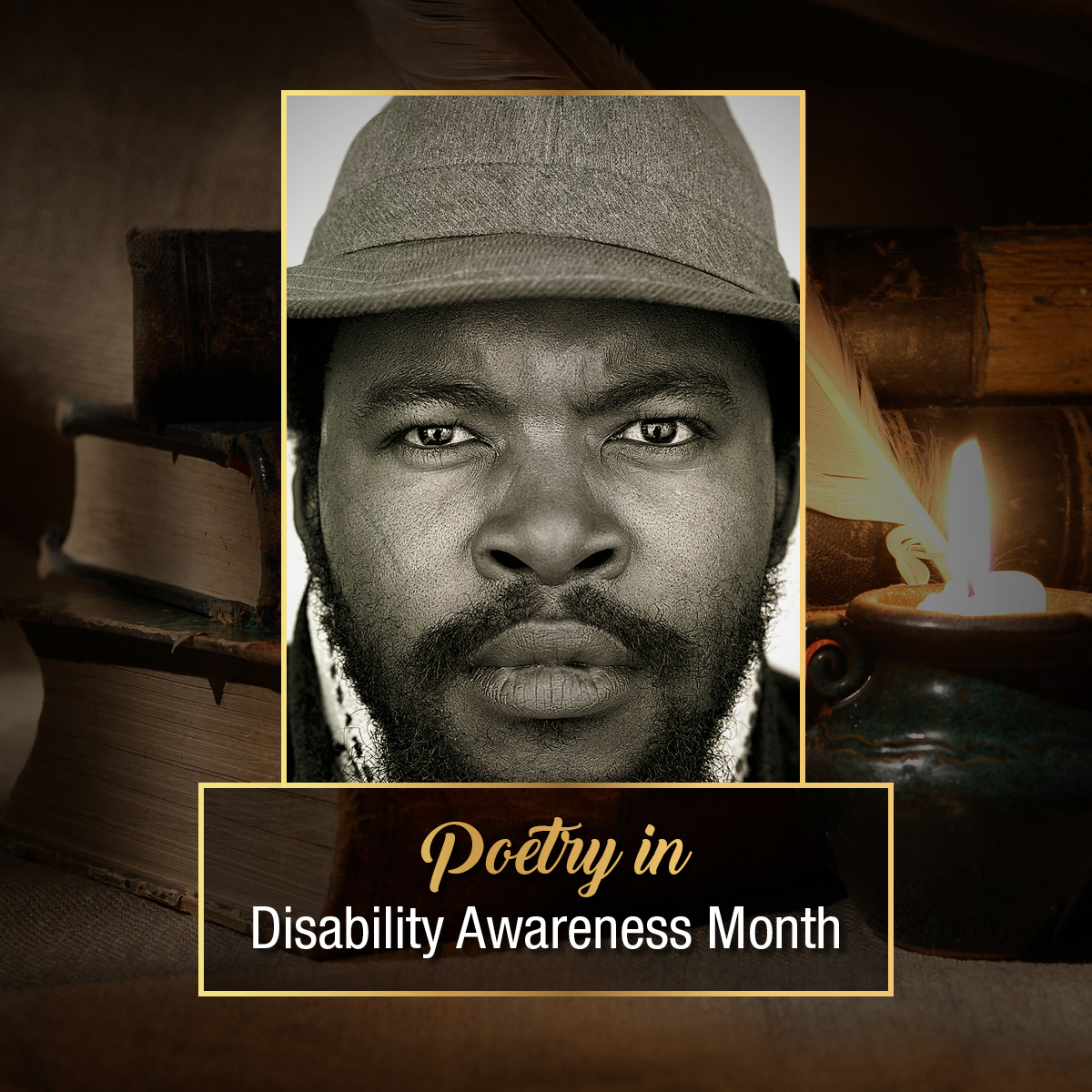 Mak Manaka on disability – from surviving to thriving
Wed, 10 November 2021


In Disability Awareness Month (November), the AVBOB Poetry Project celebrates Johannesburg poet, painter and performer, Mak Manaka who survived a spinal cord injury as a pre-teen. He shares his insights into the writer’s life, the meaning of his disability, mentors along the way, and the role of poetry competitions in artistic development.

A collapsing wall left Mak with a spinal cord injury that partially paralysed him as a pre-teen and killed his friend. His haunting autobiographic ‘Poet of the Pavements’ tells of the harrowing encounter.

Now in his late 30s, Mak reflects on his lot in life, “It’s a sob story… it’s the blues. Either you embrace the loss, or you deflect it. Writing was an outlet for dealing with the things I couldn’t talk about.”

While Mak’s conservative Christian family was praying for healing miracles, he took to poetry to survive the theological disconnect. “Writing released what I couldn’t keep inside: dealing with disability, dealing with my body, my injuries, the loss of my father, first as my hero then to his premature death. It was a lot to digest,” he says.

As the child of famous artists, Mak found himself at home on the stage that launched his poetry career. At the 2006 World Cup opening, performing with Lebo Mashile, he recalls Jerry Mofokeng directing and choreographing his poem. “I was used to performing ‘straight’ at open mics, shouting to quieten people down in bars, but now I was moving with my poem as Tata Jerry incorporated dance into industrial theatre. I was being paid to have fun!”

With a taste of the international poetry audience and a couple of published poetry collections under his belt, Mak wanted to deepen his knowledge and understanding. In 2015, he commenced an MA in Creative Writing at Rhodes University. There he encountered the rigorous scholarship, rich wisdom and encouraging mentorship of South African legends, Lesego Rampolokeng (aka Papa Ramps) and Robert Berold.

Mak was excited to encounter his own poetry from a third person perspective. “In the MA workshop we learned to examine the text without judging the writer – your own as well as others’. Talking about your own work from outside yourself is easier said than learned. In essence, you step outside yourself to examine what you’ve written, as if you were a reader hearing the poem for the first time.”

He thought a lot about sound and imagery: “How do I sound these words to jump out? How to string them together to say something more than a handed-down image? Is this forced? Could I use fewer words? I wanted to see how far I could stretch my voice, then how minimal I could go. How few words were needed to describe a volcanic experience? And always, ‘What’s the poem within the poem?’ That’s Robert talking!”

Mak doesn’t focus on his disability much. He’s keener to discuss the business of earning a living. “I’m a poet through and through, stringing observations together in words that jump off the page onto the stage and into the people’s ears. Earning a living from poetry is not a 9-5 job, though the dynamics are similar. As a performer, you do your job in front of an audience. That takes work,” he explains.

“South Africa is one of the few countries where a poet can earn a living on the stage. My career is the written word, The Word, ultimately. My job is to articulate all expressions, all experiences that are my own. Relatively, indirectly, personally. I make a living as a poet. It’s a job with hard work involved. Sometimes I don’t sleep for a week, trying to attain perfection.”

Mak gratefully accepts his position as a societal observer. “I’m privileged to have the skill, talent and voice that commands an audience of thousands, bringing them to a halt, literally suckling at my every word. Is that performative? Sure! It’s a stage… and as Shakespeare said, ‘All the world’s a stage!’”

The AVBOB Poetry Competition welcomes submissions from poets in all 11 official languages of South Africa. Find the rules of the competition and register to enter at www.avbobpoetry.co.za. Send up to 10 poems before 30 November 2021.