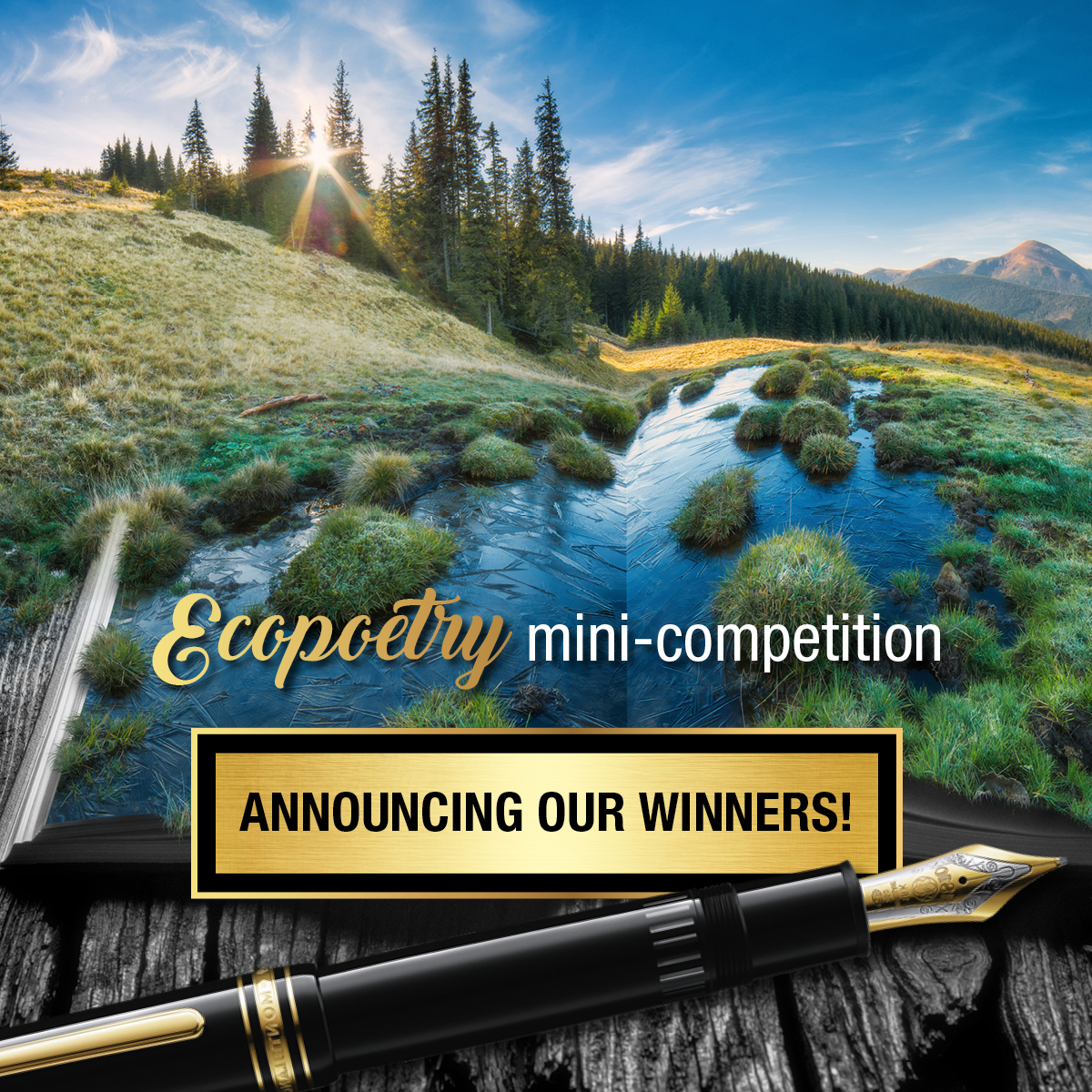 In praise of what remains: Ecopoets reconcile with the natural world
Thu, 21 April 2022


The AVBOB Poetry Project’s recent mini-competition invited South Africans to reflect on the impact of the environment on our daily lives – and to share their personal experiences through the art of poetry. On International Mother Earth Day we announce the winners and share their powerful and beautiful works.

Much has been written about our planet for the past decade or so. Each year, the warnings sound louder. How much more can we risk before taking action to save the earth? This year the AVBOB Poetry Project celebrates International Mother Earth Day on 22 April by announcing the winners of the Ecopoetry mini-competition and shares the top three remarkable poems that contemplate life on this earth and our place in it.

The latest mini-competition hosted by the AVBOB Poetry Project clearly touched a nerve. “It’s been the most successful one since the inception of the mini-competitions in 2020,” said the chief judge, Johann de Lange, who received a significant number of well-crafted and appealing poems. “I’d love to give the top ten poems each an award!”

He continued, “At any given time, in some corner of the world, we hear catastrophic news: typhoons ravage towns, wildfires, landslides and floods, droughts and extinctions. Snow falls where it shouldn’t, and the polar caps are melting. The language of poetry speaks eloquently to loss and grief, as well as joy and renewal. As poets, we can all strive to converse more deeply about nature, the way scientists do with their facts and evidence.”

“I have so much love and appreciation for the AVBOB Poetry Project. Since being placed fourth in the second annual AVBOB Poetry Project Competition, I was able to find an amazing job, travel outside of South Africa, and have experiences previously only imagined,” says Makhatha, whose poem, ‘Mama is Terminal’ personifies the Earth as a mother figure suffering through devastating abuse and being powerless to stop it.

Mama’s lungs have turned into charcoal clouds,
Her volcanic mouth often spits out hot ash on cold nights,
And, sometimes, she cries acid tears during the daytime.
Mama’s moods have been described as capricious and inconsistent,
Though she is not bipolar, her disorder has been diagnosed and labelled
As ‘the changing of the seasons.’

All of our micro- and radio waves have changed
The temperament of Mama’s very nature – she's no longer the same,
She’s changeable on any given day;
We’ve caused her ferocious and scalding summers,
Celebrated her effervescent springs,
Criticised her melancholic autumns,
And through our actions, earned her winter cold shoulders.

Mama’s body is still the place we call home,
Although our home is no longer the place
She recognises as her own body anymore.
After millennia of degradation, largely due to our presence,
She's undergone a drastic cosmetic transformation.

We’ve electively augmented sections of her terrain;
Re-enforced her natural skin with concrete and steel,
Nipped and tucked her abdomen at will,
And botched her face lift by turning her blemishes into landfills.

Mama’s deathbed soliloquy will be,
“My body feels more like war-torn zones or a playground
Than a home or sanctuary.
All of those war games you all played in my backyard are no longer imagined,
You’re no longer lobbing stones, falling and breaking bones,
Or fencing with twigs and sticks.
Instead, against this glass house,
You’ve upgraded your fantasies
To launching real-life atomic bricks
against members of your own family.”

Second place winner, Nkululeko Zondi is an HIV/Aids educator at the City of Johannesburg Municipality and an Occupational Journalism student at Fray College of Communications. Born in Durban, he grew up in Soweto, Johannesburg. He writes poetry and non-fictional prose in both isiZulu and English, and has been published in Poetry Potion, AVBOB Poetry, Kalahari Review, Fundza, Aerodrome, Noisemedium, and Consciousness as well as the anthology Dear, South Africa (2015) and Between the Silence: Poetry for Human Rights (2021). He has written for various South African newspapers such as Mail & Guardian, Star, Sowetan, New Age, Citizen and the Daily Maverick.

“The inspiration behind this poem came one Thursday afternoon while on a bus,” says Zondi. “I saw women wearing different outfits on their way to their respective churches. I was reminded of the Bible story where a certain prophet went to the mountain to pray for rain. Perhaps these women were all going to pray for Mother Nature…”

Third place winner, Sue Woodward lives in Muizenberg. A retired teacher and a writer and editor of educational materials, she won the 2018 McGregor Poetry Festival Competition. Her debut collection of poems, between the apple and the bite, was published by Modjaji last year.

“I am fortunate to be able to walk in nature, around the Zandvlei estuary, on the beach and in the mountains,” says Woodward. “As I am most at home in the wide skies and rugged mountains of the Cederberg, the words came naturally, and I imagined myself back in that pristine environment.”

Woodward is committed to communicating a love of wilderness areas as an antidote to our present-day, fraught and anxious world.

I escape the city

I have longed for the straight road west
The steep climb, the breath-holding descent
The wind-pitted rocks the upheaved mountain windbent
The eagle soaring high from its breast

[After Gerald Manley Hopkins: Heaven-haven A nun takes the veil]

Ecopoetry helps us make sense of – and come to terms with – the different aspects of our environment, whether it’s the ecosystems, injustices to our natural resources, climate change, or our source of sustenance. Since poets first put pen to paper, they have taken upon themselves the task of asking difficult questions.

For Retshepisitswe 'Promise' Makhatha, Nkululeko Zondi and Sue Woodward, one thing is clear: the task of writing poems is also a task of loving the world. To mourn what has been lost, and, having seen what has endured, to continue to praise it.

The sixth annual AVBOB Poetry Competition opens on 1 August 2022 and offers cash prizes of R10 000 in each language category. Visit www.avbobpoetry.co.za for information on how to participate.