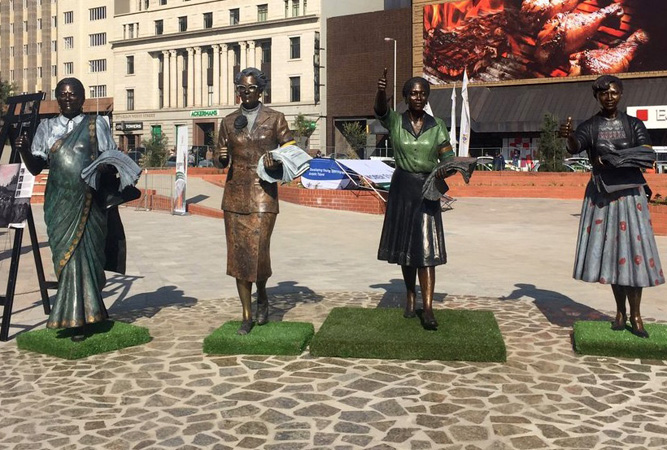 CELEBRATING THE VOICE OF WOMEN THROUGH POETRY
Tue, 13 August 2019

Women’s Month is an opportunity to celebrate the work, and indeed the words, of those award-winning trailblazers who opened our minds to new ways of thinking and doing.

South Africa has a rich poetry history with women challenging the status quo - from Ingrid Jonker to the new generation and the likes of Koleka Putuma.

Late President Nelson Mandela read out Jonker’s poem Die Kind (The Child) in full in his inaugural State of the Nation address to Parliament in May 1994, saying, “in this glorious vision, she instructs that our endeavours must be about the liberation of the woman, the emancipation of the man and the liberty of the child”.

Through their works the nation’s female poets have captured some of the darkest times in South Africa’s history, calling for change but also celebrating the beauty of life.

Another shining example of our country’s female poetic talent is Antjie Krog who grew up on a farm in the Free State. In 1970 she submitted the following poem for her school magazine: Gee vir my 'n land waar swart en wit hand aan hand, vrede en liefde kan bring in my mooi land (give me a land where black and white hand in hand, can bring peace and love to my beautiful land).  This did not go down well in her conservative Afrikaans-speaking community and brought national media to her parents' doorstep.

Despite, or perhaps because of this, Krog went on to publish several poetry volumes with much of her poetry dealing with love, apartheid, the role of women, and the politics of gender.  Over and above her poetic achievements, her acclaimed book Country of my Skull, chronicles the Truth and Reconciliation Commission and is widely prescribed at universities in America and Europe as part of the curriculum dealing with writing about the past.

Though not yet 30, Koleka Putuma is demanding attention with her exploration of blackness, womanhood and history in her poetry volume Collective Amnesia which was named book of the year by City Press and Sunday Times in 2017. Although poetry does not traditionally sell well in South Africa, Collective Amnesia has been a great success, with established poet Lebo Mashile referring to Putuma as a revolutionary voice in South African poetry. “She’s exploding the model of South African literature, which is a wonderful thing. The work that (she is) doing is very necessary. (She is) opening the way for (young people, particularly girls and young women to find their voices). Ten to 15 years from now, they will reference and thank (her),” she explains.

Putuma has also been listed on the 2018 Forbes Africa 30 Under 30. She has been named “one of twelve future shapers” by Marie Claire SA, and “one of one hundred young people disrupting the status-quo in South Africa” by Independent Media. The secret of Putuma’s poetic success lies in her harnessing her inspiring words and combining it with music, video and social media – not only to speak directly to people, but to give African women a voice.

Another young poet making her mark through social media is Puno Selesho. The University of Pretoria law graduate sees herself as a social entrepreneur, finding smart and profitable solutions to make the world a better place and to bridge the gap between the haves and the have-nots. “My words are my gift to the world, and I hope to share my own African narrative in a way that will inspire, uplift and ignite a spark in people,” she explains.

Just as female poets from Jonker and Krog to Putuma and Selesho have reached out to touch people through their words, AVBOB is striving to inspire and comfort our nation through the AVBOB Poetry Project and competition which has a category for each of the 11 official languages.

Johann de Lange, editor of the project’s poetry anthology I wish I’d said, says, in all aspects and fields the world is woke on women. They’ve not only given birth to every single person on the planet but continue to give in the arts, the sciences, the humanities. At last the world is starting to recognise their importance, the role they play in who we are.

The competition, which closes on 30 November 2019, offers cash prizes and the opportunity to be published on the website or in the anthology. This year’s I wish I’d Said Volume 2 is available from good quality bookstores. 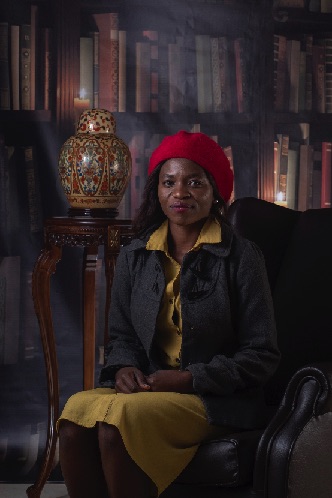 Halalisile Patience Mkhize, a primary school teacher who started writing at an early age, won the AVBOB Poetry Competition’s isiZulu category with her poem Ubungumthombo (You were the spring).